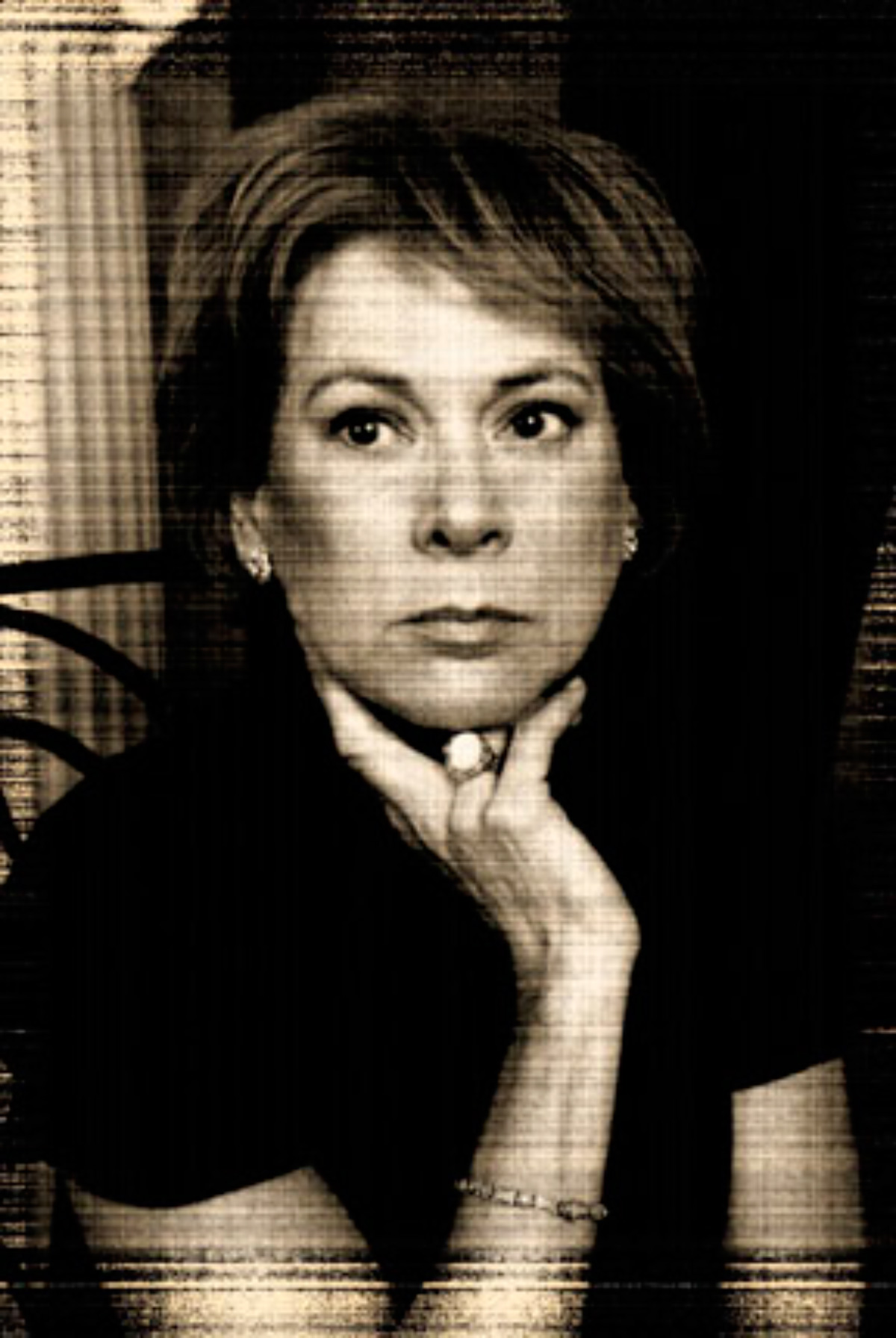 My digital photo montages are an ongoing visual dialogue with vintage and contemporary imagery. Rather than scissors and glue, (another way that I still work), the computer does the job of transforming disparate pieces into a unified whole. Time and care is spent in blurring, cloning, layering and altering the image in all the ways PhotoShop allows. The result is an integrated fusing of media. However, this is not to say that I’ve done away with the traditional manner of constructing collages. I love going to art stores for supplies of archival glues, pencils, pastels, acrylics, crayons, etc., etc., etc.

The acquisition of material for my artwork took place over many years during which I frequented auctions and garage/estate sales mainly in Essex, Bergen and Passaic Counties, NJ. Items were liquidated for a variety of reasons: Death, divorce, demolition, or the need to purge “junque,” allowed me to enter private spaces where I could rummage through a stranger’s personal, maybe even once-treasured, possessions.

Some of the 2-D materials I bought included early to mid-century schoolbooks, maps, photos, postcards, sheet music, ration cards, and decades of magazines beginning with the 1880s. But "Lilie," an old alabaster bust I bought at an auction, played a seminal role in my computer-aided creations. I enhanced Lilie with fabric, mesh, Venetian glass, lace, paint and pastels and photographed her alone and with a 2-dimensional background. She seemed to take on the persona of both a goddess and a lost soul. Further exploration in PhotoShop played with the notion of narrative and texture.

The dreamy Victorian-era photographs of Julia Margaret Cameron as well as other antique sepia photographs have provided an inspiration for my early digital photomontages. The black and white photographs of Simon Marsden's "haunted realms" have also been not just a source of chilly pleasure, but a pathway into the concept of photography as poetic narrative.

Now, I must say I have used Ebay to search out materials for my digital photomontages. For example, in “Dream Angel” and “Blue Angel,” I merged an antique image of a Canova sculpture made in the 18th Century with a photograph of my own taken one afternoon in New York City’s East Village. Here, I invite the viewer to fantasize about an angel from Rome who has paused to contemplate life and death while perched on a fire escape. And, in the “Lot’s Wife” series, a still from the 1970 movie “The Secret of Dorian Gray” served as the foundation for the artworks which loosely reference a myth.

In all my work, I strive to achieve a sense of mystery and enchantment.

Born in Bloomfield, New Jersey, I have always been interested in art. I graduated from Montclair State College (now University) with a B.A. degree in Fine Art, and took courses at The Bloomfield Art League, The City and Guilds of London Art School, The Art Student’s League, the School of Visual Arts and The Montclair Musuem for further instruction in watercolor, painting, etching, life-drawing and photography.

For years, I worked as a textile designer in Manhattan’s garment center creating original designs for women’s appareal. At night and on week-ends, I painted in a studio on Fourteenth Street. The was during the era of the East Village’s emergence as a mangy mecca for artists and store-front gallerists. There were well-attended art openings nearly every night, and I showed my work not only in galleries, but also in dance clubs and alternative spaces.

Then my life hit “a bump in the road.” While on a horseback riding vacation in Ireland, I was involved in a road traffic accident. After being hospitalized for six months in Belfast, I returned home to continue rehabilitation at the Kessler Institute.

While recovering, I began to work in collage and expanded my creativity to include writing. I joined “The Gathering,” a group of women writers organized by Oscar-winning actress Olympia Dukakis and went on to attend The 2004 International Women’s Writing Guild Conference at Skidmore College. As a member of the Byron Society, I have traveled to St. Andrew’s, Scotland and Boston, MA for conferences on the fascinating Lord Byron. My poem on the poet was published in England in the Newstead Abby Byron Society Review.

The following is a partial list of art exhibitions and awards.

My work appears in the collections of the Bloomfield Town Hall, MossRehab, the Contemporary Collection of the Passaic County Community College, and has been published on the cover of The Red Wheelbarrow Poets Vol. 6, The Bryn Mawr Alumnae Bulletin and the Elton John Fan Club Calendar.